Biotin, One of the Most Stable B Vitamins 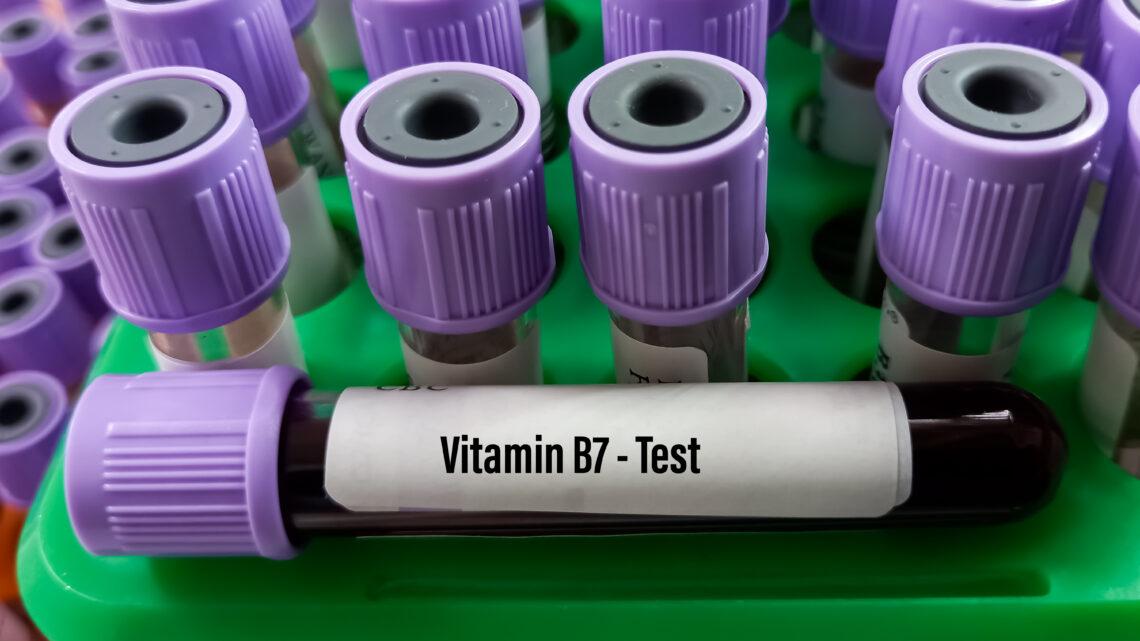 Biotin is a water-soluble vitamin and member of the B-complex family. Originally isolated in 1901, over the years numerous researchers attached different names to this nutrient, referring to it alternately as bios, vitamin H, protective factor X, and coenzyme R. Today the scientific name for this sulfur-bound vitamin is biotin.

Biotin was discovered by the deficiency symptoms created through consuming large amounts (about 30 percent of the diet) of raw eggs. Avidin, a protein and carbohydrate molecule in the egg white, binds with biotin in the stomach and decreases its absorption. Cooking destroys the avidin, so the only concern about this interaction is with raw egg consumption. Otherwise, biotin is one of the most stable of the B vitamins.

Many foods contain biotin, but most have only trace amounts. It is hard to obtain enough biotin from the diet. Luckily, our friendly intestinal bacteria (lactobacillin) produce biotin. This vitamin is found in egg yolks, liver, brewer’s yeast, unpolished rice, nuts, and milk.

The biotin coenzymes participate in the metabolism of fat. Biotin is needed for fat production and in the synthesis of fatty acids. It also helps incorporate amino acids into protein and facilitates the synthesis of the pyrimidines, part of nucleic acids, and therefore helps the formation of DNA and RNA.

A common use of biotin is to help normalize fat metabolism and utilization in weight-reduction programs, and to help reduce blood sugar in diabetic patients, with a dosage of between 200–400 mcg. per day. Biotin has also been in wide use to prevent or slow the progression of graying hair or baldness. This may work, however, only when these symptoms are related to biotin deficiency; although, because of the nutrient and protein support of biotin, it may indeed have some hair-stimulating effect.

Biotin is often used for problems such as dermatitis or eczema, especially in infants, most often with appropriate intake of other B vitamins, such as riboflavin, niacin, and pyridoxine and vitamin A. It has also been used to treat muscle pains, though skin and hair are the main focus of supplementation. More recently, biotin has been used for diabetics and those with an overgrowth of intestinal yeast.

There is no known toxicity with biotin, even in high amounts. Excesses are easily eliminated in the urine. Deficiency symptoms are also uncommon. Unless we are on a raw-egg diet or have taken a lot of antibiotics, especially sulfa, which diminish our biotin-producing intestinal bacteria, we are usually secure against biotin deficiency.

The raw-egg study generated symptoms such as fatigue, nausea, loss of appetite, muscle pains, and depression. Other symptoms that have since been seen with biotin deficiency include dry and flaky skin, loss of energy, insomnia, increases in cholesterol, sensitivity to touch, inflamed eyes, hair loss, muscle weakness, and impaired fat metabolism. Several enzymes depend on biotin to function properly. Without them, we cannot utilize our foods as well.

Although there’s a limited amount of sports nutrition research on Biotin, it makes our top 10 list because it has critical functions in amino acid metabolism and the production of energy from many sources. It also may be one vitamin that some bodybuilders have trouble when attempting to maintain an adequate supply.

The reason bodybuilders may have difficulty with Biotin is because it can be blocked by a substance called Avidin. Avidin is found in raw egg whites, a staple for many athletes. In fact, bodybuilders who eat raw egg whites or who don’t cook egg white well enough may experience growth problems with Biotin deficiency if their egg white consumption approaches 20 per day. Eating raw eggs can also lead to a bacterial infection called Salmonella, which can have severe health consequences.